HomeArticlesSafetyMotorcycle Rider Aids: Worth Their Weight In Miles

One of my riding buddies owns a 2005 Honda CBR1000RR, or Fireblade as they're called in Europe, Repsol edition. My friend was quick to correct me: this model, which he bought new in 2005, a limited edition with a unique Vehicle Identification Number, is NOT a Fireblade. It's a CBR1000RR Repsol, an increasingly rare machine that incorporates zero rider aids.

“Motorcycle rider aids are no substitute for skill and experience but with both in play, they're worth their weight in countless miles!”

The engine is an in-line four-cylinder motor and was advertised as having 172 horsepower with a top speed of 178 miles-per-hour. Whatever the correct name, it's a great-looking motorcycle in Repsol livery. Those orange wheels really stand out in a crowd.

That motorcycle is fast. Capable of quarter-mile times in the low to mid-ten-second range, he's been able to easily accelerate away from me during track days. Through modifications which include tuning and an exhaust system, my friend's Honda will attain top speeds of around 180 miles-per-hour indicated on his GPS-verified speedometer.

Again, this machine does all of that without rider aids.

With Rider Aids, The Best Gets Better

Honda offered Traction Control as an option, along with ABS on their ST1100 beginning about 1992. Technological progress has improved rider aids to where they're now nothing short of amazing. The inertial measurement unit, or IMU, that will be delivered on certain models of Kawasaki, monitors six axes of motion: front-to-rear, yaw and lean angle.

It samples inputs five hundred times per second, altering engine performance, braking and other parameters as needed. As an example, it automatically stiffens suspension dampening as speed increases, and adjusts braking pressure based on lean angle. Depending on your riding abilities (depressing or heroic), it'll display the maximum lean angle attained.

Adventure bikes have their own versions of rider aids. One friend, an off-road nutcase, says his bike will give a little power boost to lighten the front wheel when encountering an obstacle like a root when riding a trail. The latest racing iterations of rider aids allow modern MotoGP riders to routinely achieve insane lean angles greater than 60 degrees without falling.

You'd think this makes modern motorcycles safer and, in the case of performance-oriented motorcycles, outperform motorcycles like my friend's Repsol Honda, which is nearly old enough for an antique license plate. But has there been an improvement?

Rider Aids Or Not, How Much Have Motorcycles Changed?

In the case of sportbikes, they've changed less than you'd imagine over the last couple of decades. For instance, rim diameters have been standardized with only minor width changes on the Honda Fireblades (which started out as a CBR900RR) since 1996. Weight for the Fireblade has also varied less than expected. The first Fireblade identified as a thousand, the 1996 CBR929RR, weighed 454lbs wet, a nearly identical weight as the 2022 CBR1000RR-R, which weighs 455lbs wet. Rake and trail along with wheelbase for my friend's Repsol and the new Fireblade are similar ...

Touring motorcycles have had big changes but mostly in load-capacity and engine power. The first generation of Gold Wing, capable of speeds up to 140 mph, was considered a performance motorcycle but it was designed to be a new idea in two-up, long-distance riding.

Horsepower for one. Modern fuel injection programming and engine design have radically increased power and efficiency output on both motorcycles and automobiles. The claimed horsepower for the 2022 CBR1000RR-R SP is a neck-snapping 215 and currently there are a half-dozen models from different manufacturers in the 200 hp range.

This is reflected in top speeds. The 2005 Fireblade claimed top speed was 178mph and the 2022 Fireblade is electronically limited to 186mph but is capable of higher. Quarter-mile acceleration times reported in testing for the 2022 are in the same ballpark as the 2005 but trap speeds are faster.

Tire technology advancements have dramatically raised the bar for both handling and max load. Another big change is the aforementioned rider aides. Can modern riders take advantage of the new technology and are they safer as a result?

Digging Into The Archives

The big question is: how do we gauge improvement? In my home state of Texas, motorcycle statistics reveal little. The issues are exacerbated by consistent problems that have little to do with rider skill: alcohol consumption and helmetless riding to name a couple. All of the public service announcements, billboard projects, motorcycle safety training changes and other great-sounding plans have had about the same outcome in reducing deaths - virtually zero. Consistently, about 40 percent of motorcycles fatalities are alcohol-related.

As for skill, poor riding skills also contribute to the annual fatality rate, another issue that may not be helped by current rider aids.

I considered racing lap times. Things have sped up over the last couple of decades but rider aids have confused the issue. If entry speeds are low enough not to exceed available traction, modern technology allows the rider to fully open the throttle and depend on the electronics to keep speeds within limits, preventing a crash. 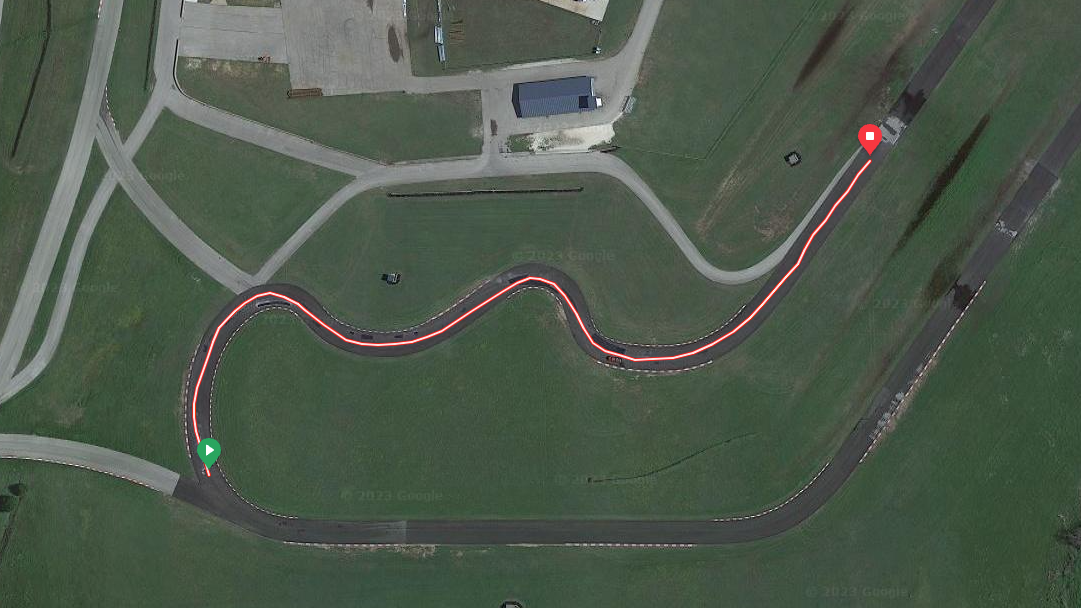 The track at the Motorsports Ranch Cresson has a series of three, first- or second-gear turns called "the rattlesnake". I spoke with an expert BMW S1000RR racer about them. He reports that on entry, he'll fully open the throttle and depend on electronics to get him through.

My next thought was that maybe lap times could be useful in determining progress. I found an excellent article by John Burns where he analyzed lap times from a couple of different tracks over a nearly twenty-year period. At Donnington Park and Phillips Island, lap times dropped around 15% over the years but he found it impossible to draw any solid conclusions.

I contacted the Central Motorcycle Roadracing Association, talked with nice folks but was unable to get any historical data to compare.

The Skinny On Rider Aids

Now at first, I resisted ABS. Sanctimonious me: "People just need to learn to use their brakes properly!" I've mellowed a bit as I've aged and now see the value. Riders do need to learn to use their brakes but hard braking over an unseen slick paint stripe or manhole cover in darkness might not be feasible without ABS. And traction control could prevent a crash while accelerating over an oil slick on a wet intersection corner.

The future gets even more astonishing with the release of a brand-new rider aid from Kawasaki, only available on the newest Ninja H2 SX:

The introduction of ABS, traction control, IMU and other rider aids point to motorcycles being safer and more capable than ever before. Kawasaki's new technology above is a prime example of how rider aids might help us endure the unavoidably unexpected. To monitor and adjust our motorcycle's performance in real-time, for example makes it clear that rider aids can improve things and will likely continue to do so in the future.

Are these new electronics just more stuff that'll break and aren't worth the potential repair cost? Should riders just get better training and practice their skills? Or are they life savers and, after all, we're just human and make mistakes? Your input is invited. Leave a comment! 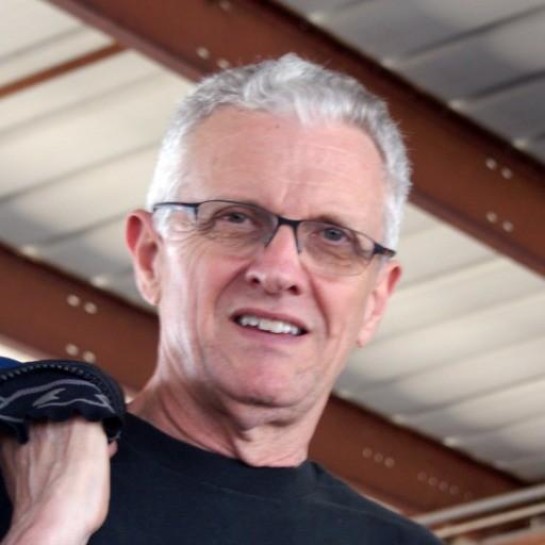 Kelly,
Good to see you’re still around, it’s been a minute. As per my antiquated ideas I’ve had to make a lot of concessions to the, I think, much needed and helpful rider aids. Just to mention, ABS on my heavy Indian has made me feel a little more confident and comfortable a few times.
Mike

The comment by the S1000rr racer is the emerging concern with rider aids breeding rider complacency. As traction control was being introduced into sport bikes I knew a lot of competent riders that admitted they got lazy with their set up process and over rode the throttle in street situations they normally would not because they new the motorcycle would compensate for it. The rider aids are great tools, but all tools have to be used with proper understanding of how to use them. There are still a lot of motorcycles on the market without these aids so riders need the the proper training and mindset. Complacency kills. I know the goal is to be able to save the rider from our own complacency, stupidly, and lack of skills but at what point does that start to interfere with the rider’s controls and venture back into dangerous? The steering assist on my car sometimes is a more aggressive correction than what I would make.

My recent wake up call was riding the Pan America with its six axis IMU (and all associated aids) for the summer (including two track days) and then getting back onto a Heritage with only ABS. Oy.

I crashed a 21 MT09 at the the track with rider aides. Coming out of a really fast left hand sweeper the rear spun up. Yup that's right the TC didn't like how long it was spinning so it step in and stopped it. I was fine with the rear spinning and was just holding steady throttle to and letting the bike catch up. When the TC stepped in and stopped the rear from spinning the bike did a mini high side then went into the most violent tank slapper which didn't end well. Still waiting on some parts from Yamaha. Without the TC I wouldn't have crashed so not all rider aides are great. Most of the time they work very well. All the riders aides were set at minimum.