HomeArticlesTouringMapsUSAMontanaCoeur d’Alene To Missoula By Motorcycle

A long distance sport touring motorcycle trip across the Pacific Northwest is sure to have it's unexpected moments. Having ridden some 2500 miles, returning from the west via Coeur d'Alene and Missoula demands a more focused approach to safety inspection. Today's setback isn't one of mechanical failure, though. Instead, it's a mutual decision to stretch the schedule, preferring quality over quantity with regard to distance covered.

“Our only riding setback for today is the mutual decision to prefer US-95 and ID-200 to Missoula rather than taking I-90 straight to Belgrade.”

We wake in Coeur d'Alene and decide to alter our travel plans. Originally we intended to take the slab (I-90) straight to Belgrade, Montana which is just outside of Bozeman. In keeping with our current theme we decide to shun the freeway for greener pastures. We set our destination to Missoula. This adds a day to the trip but gives us a short run to Belgrade where we're being hosted by Robin's friends.

The hard part of avoiding the interstate in this part of the country is that your options are often limited and typically out of the way. A quick internet search over breakfast ensures that there are enough gas stations in the more rustic parts of Idaho and Montana. Our route's ready.

Geared up, we roll out, taking US-95 due north out of Coeur d'Alene and skirting the west side of the Coeur d'Alene National Forest. We follow this up to Sandpoint, Idaho and the northwestern edge of Lake Pend Orielle. The sun is shining and the lake shimmering as we cross the bridge over to Sandpoint. We stop for gas at what is apparently the best place for authentic Japanese food in northern Idaho. Opting for a protein bar and some trail mix, we turn east on ID-200.

ID-200 is a beautiful highway that rounds the northern shore of Lake Pend Orielle. The Kanisku National Forest is to the left with the Coeur d'Alene National Forest across the lake and to the right. Mountains surround it all. The countryside is absolutely stunning, enhanced by the reflective waters. There are many rustic mansions here on the lake as well as a marina packed with luxurious, albeit smaller yachts. Apparently this lake is a getaway for some of the better off.

We continue to follow highway 200 southeast into Montana and along the river, the name of which changes as it flows through a series of reservoirs. The road's aren't the most exciting as far as twisties, being made up mostly of lazy sweepers. It is, however in top contention with US-2 out of Seattle for the prettiest road of our trip. When you think of mountains in Montana, think highway 200. As we approach Missoula you can see snowcapped mountains looming in the distance.

Once in Missoula we find an Econo Lodge toward the edge of town. This happens to be next to a Suzuki dealership which is good because Robin needs an oil change and his chain is misbehaving. He's obviously enjoying the ride, christening his exhaust with a healthy blue tinge. Leaving the mechanical woes to the morning, we head out and explore this impressive college town.

In search of the hip and trendy, everything's strangely expansive and quiet. The 25mph city streets are wide enough for four lanes with parking in Chicago. Apparently a school break started the week prior, so we've landed in the summer's lull. We scope out a local bar/music venue called the Top Hat Lounge and enjoy some of their gastro-pub styled food with tasty local beer. We're also intrigued by a mysterious, gold-embossed door that reads "Chicago Style Hot Dogs" in an Old English font. The bartender says it's always been there, with no further explanation. 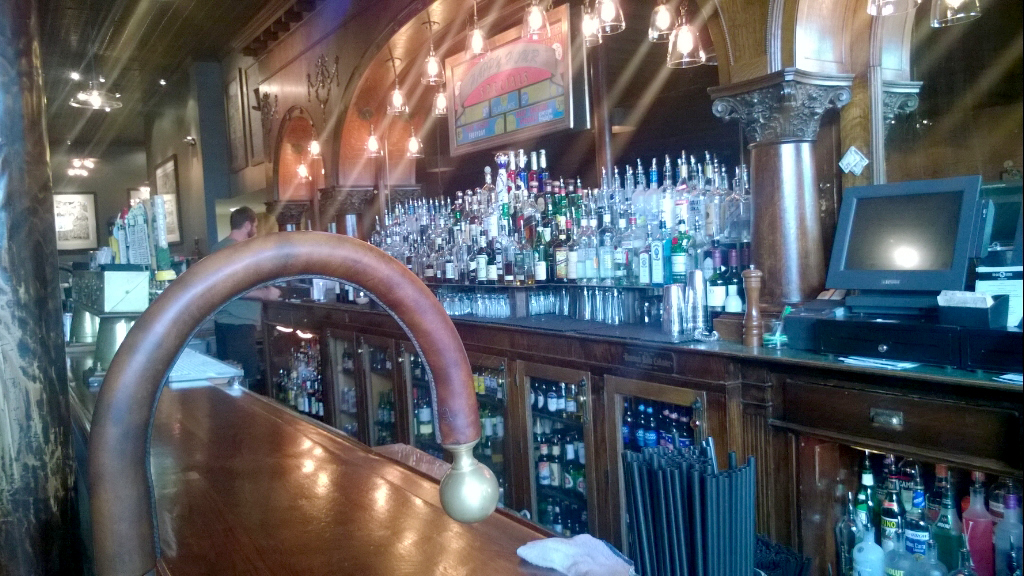 Robin decides to make a short night of it as he wants to get up early and work on the Bandit. I decide to wander around and take in the scenery. I head down one block to the Clark Fork River.

The river is fast and high, with the spring's melt coming down off the mountains. Here in downtown Belgrade there's a "play wave" by the pedestrian bridge. A single rapid causes a permanent wave that curls back on the river. There are a couple of kayaks surfing the wave. Local spectators mention that some do this on an actual surf board. 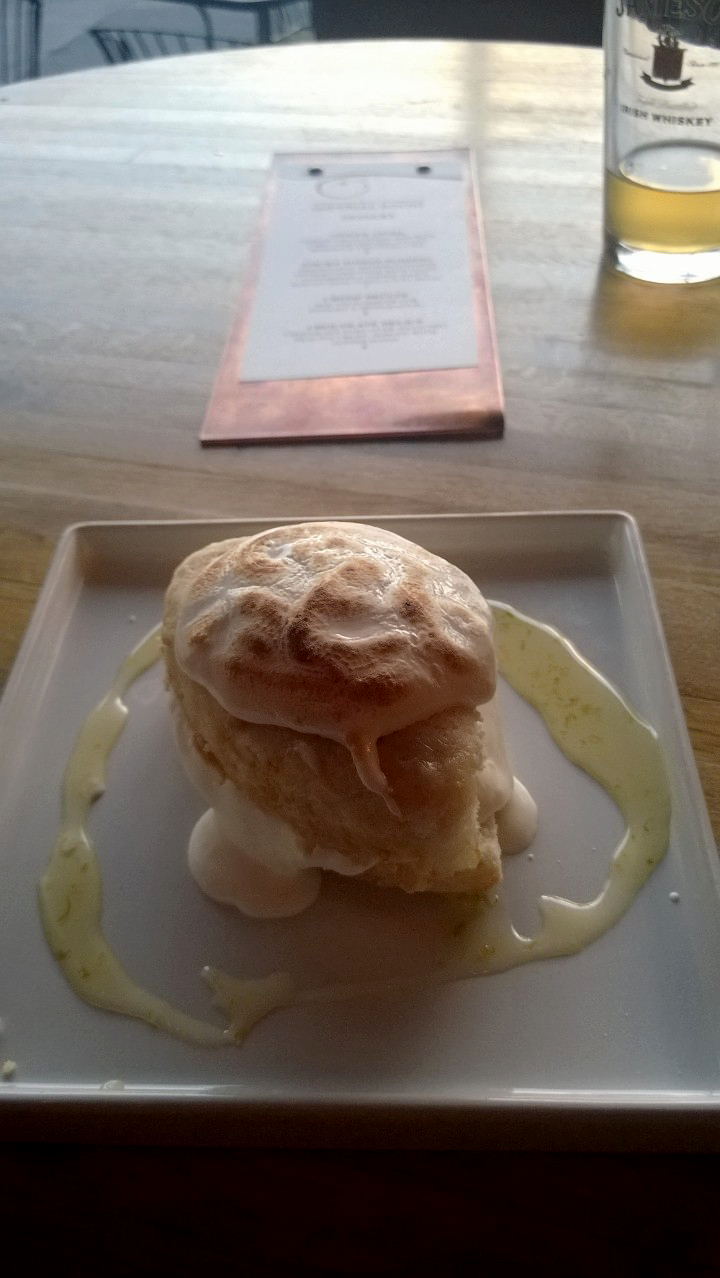 I wander around taking everything in and end up grabbing another beer at the Flathead Lake Brewing Company. Their Summer Siason has a flavor kick, perfect for watching the sun set on another beautiful day. Back at the Hotel, I make sure to chide Robin about what he missed.

There are limited twisty, scenic travel options connecting the two. Which roads do you prefer and why? Where do you like to stop along the way? Your input is invited. Leave a comment!