The fairing on my 2003 Suzuki Bandit GSF1200S appears to have been a manufacturing afterthought. Typical to the "Suzukian" arts, this beautiful bike, easy to work on and even easier to smile about, has it's fair share in plastic parts with nothing buffering their conjoining bits. As a result, the older these motorcycles become, the more they sound like a giant 1200cc kazoo.

“Due to engine vibration and plastic parts, the older a motorcycle becomes, the more it sounds like a giant kazoo.”

Make/model dependent, this is highly typical of motorcycle plastics. The engine vibration causes their farthest extensions to rub one another until eventually they hum. If your hands don't "glow" while you're riding, meaning your motorcycle's engine vibration at the bars isn't overwhelming, then engine mounts aren't likely the culprit you want to focus on.

Once the problem began to get worse with my own ride, I elected to disassemble the front end and cushion it's contact points. Some form of window sealer from a reputable source is easily the way to go. It's cheap, effective and reliable.

Closed-cell, PVC foam is best for the invisible sections. It's rubberized elastic behavior makes for great vibrational shock absorption. Combining both 3/8" and 1/4" widths makes it easy to contour the location to be padded.

Then there are the "seams". In areas where you can see between two plastics that come into contact with one another, a darker colored, open-cell polyurethane works wonders. Not only does it eliminate static vibrations, it nullifies any visual noise, i.e. the remedy doesn't visibly stand out.

Recently, a new vibration started driving me crazy. It's winter here (garage project season) and since my Bandit's front end isn't all that complicated, I decided to go through the motions again. Maybe some of my foam from three years back had fallen away or degraded. 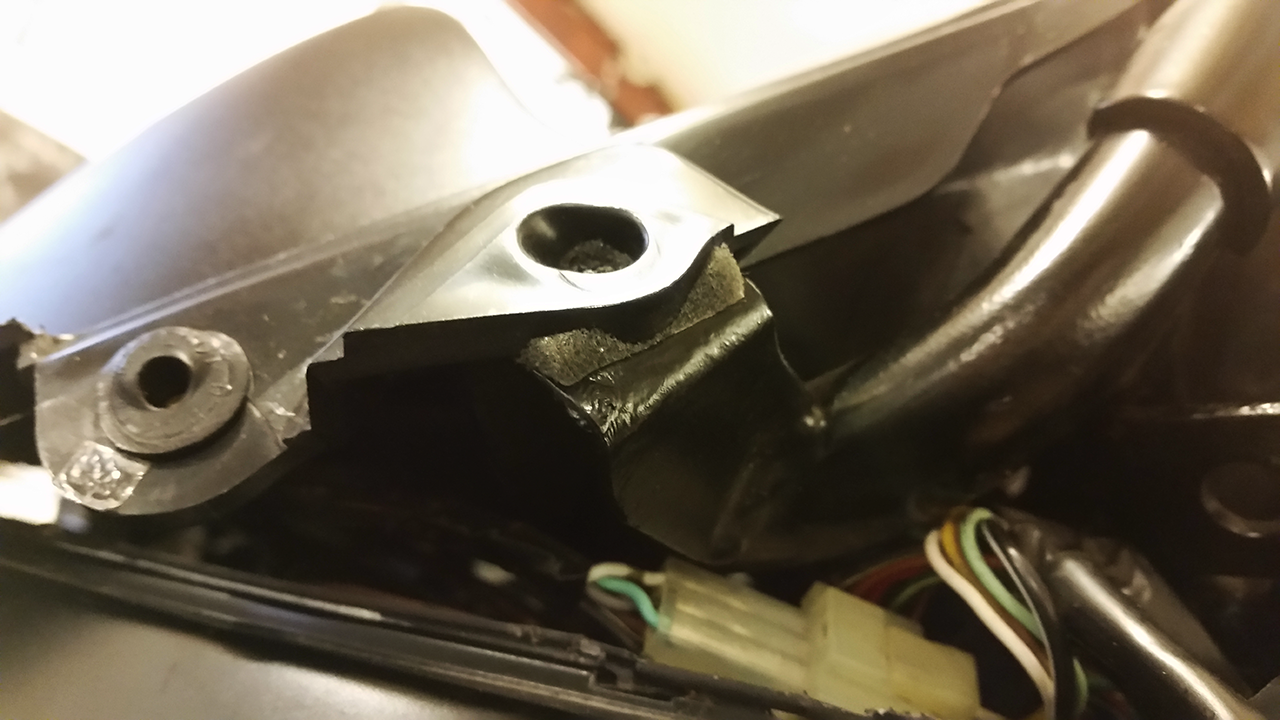 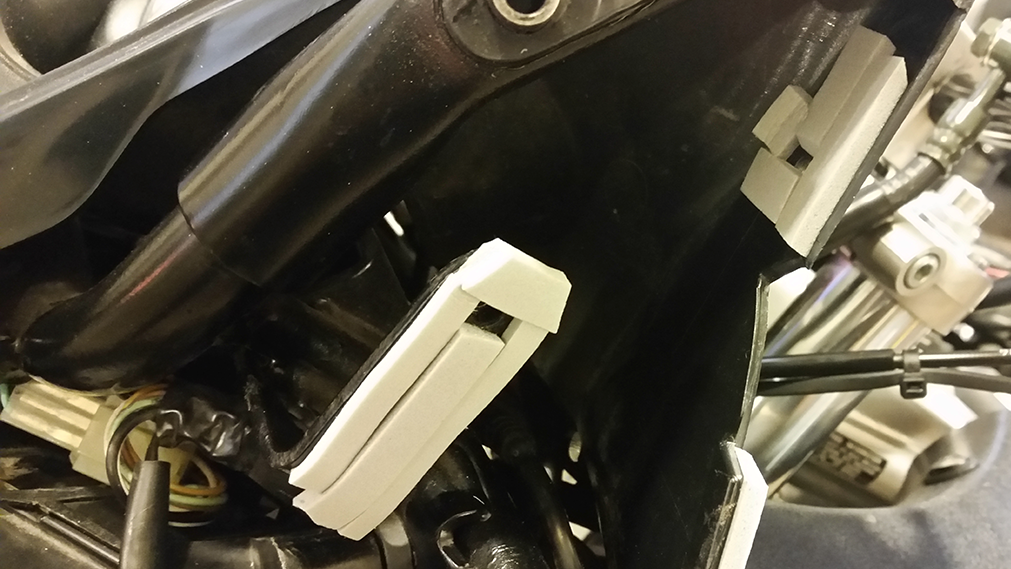 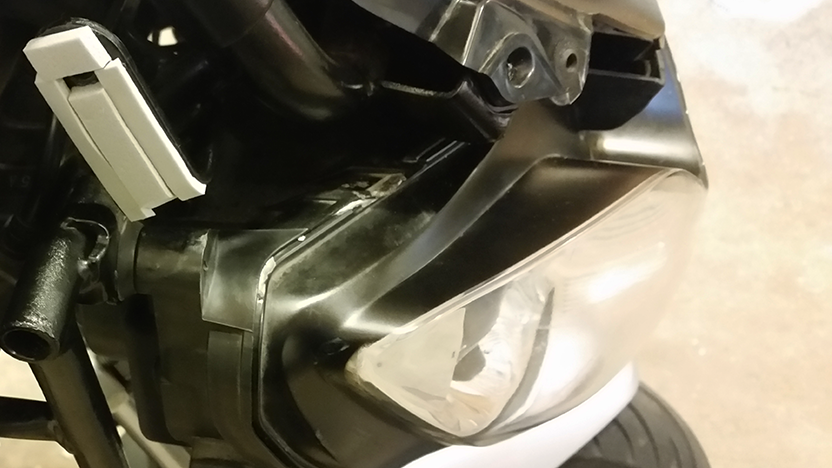 Alas, this was not the case but more impressively, the adhesive foam I initially installed was still doing it's job. Kudos to the people over at MD. That's a good product!

No, the problem plaguing my ears was a new song being sung by my gauge cluster. Smathering this newly discovered separation of plastic from my speedometer with an excess of clear RTV silicone sealer appears to have been the most legitimate of responses. Well, that and wiping away the surrounding mess after the fact.

Side Note Tips For Silencing Your Motorcycle Plastics

1) As you reassemble everything, pay mind to where things appear to touch. Those are your target locations. It's all about two steps forward, one step back, "foam goes here."

2) Double check your work. In piecing things back together, a rub here and a nudge there might shift your freshly adhered padding. Keep an eye on things while you place and position.

3) No matter what material you use, it's important that it be pliable enough that it allows your plastic parts to fit their designated location as intended by the manufacturer. 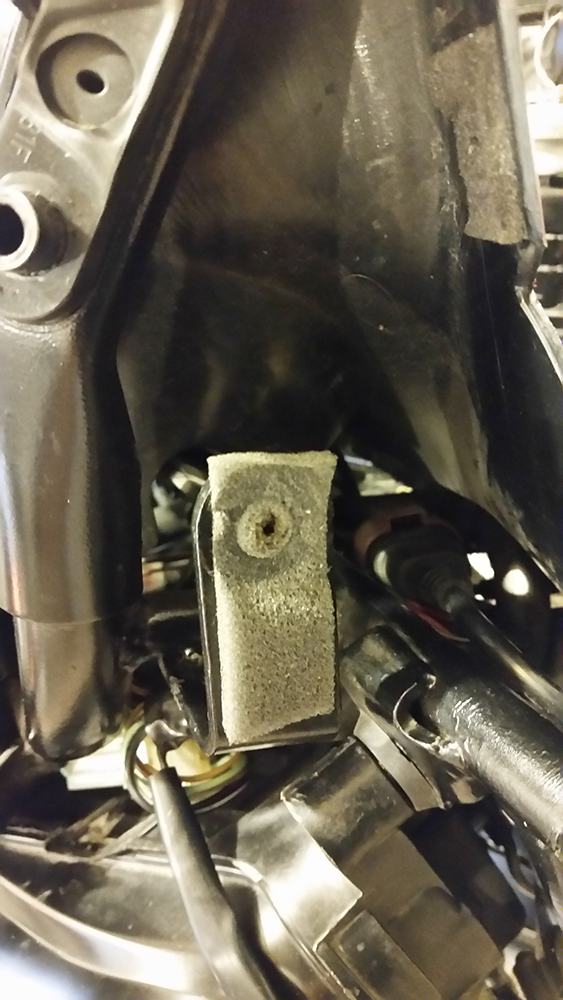 What Methods Have You Used To Silence Your Motorcycle's Plastic Parts?

Not all motorcycles are the same. What similar scenarios have you encountered? What did you do to remedy the problem? Your input is invited. Leave a comment!